Louisville – Following a record-breaking sales year in 2021, home sales in Greater Louisville declined for the fifth consecutive month due to extremely low supply and rising interest rates, according to the Greater Louisville Association of Realtors® (GLAR).

While rising interest rates later this year should somewhat curb demand, the local market will still have insufficient supply. In February, there was less than one month of supply in Greater Louisville. A balanced real estate market offers between three and six months of supply.

“First, some moderate-income buyers who barely qualified for a mortgage when interest rates were lower will now be unable to afford a mortgage,” he said. “Second, consumers in expensive markets, such as California and the New York City metro area, will feel the sting of nearly an additional $500 to $1000 in monthly payments due to rising rates.”

Louisville buyers will not be as impacted by rising rates given local prices are relatively moderate compared to larger, more expensive markets. 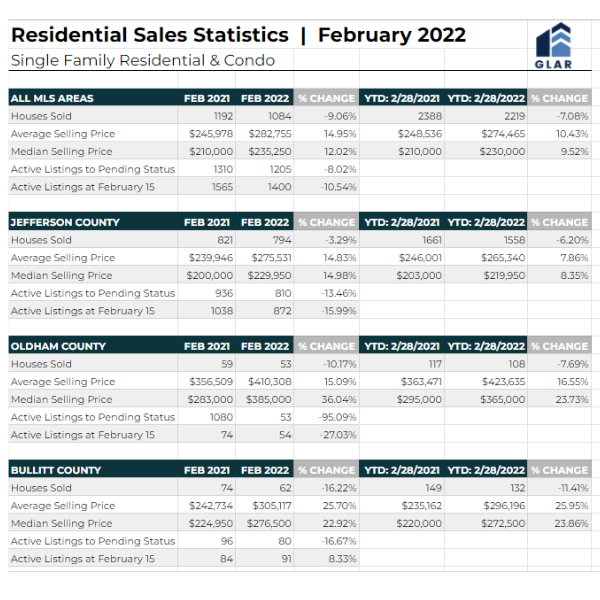